Velocity of Slugs is Joey Connelly’s poetry chapbook debut about the narrator’s struggle with finding himself. Throughout the poems, Connelly uses biblical allegories and quotes to integrate important parts of the narrator’s life including his sexual identity and spirituality. The narrator tries to reconcile these dual ideologies as a way of telling his story.

“A bullet in a chamber does not always equal mercy. A gun to the head is something–even if the gun isn’t fired–impossible to survive.”

Etchings Press: Did the quotes before each poem inspire the poems or did you find those after the poems were finished?

Joey Connelly: This question could get complicated. I’d like to say first that I love the epigraphs, but so many people have fought me on them and insisted I take them out. In workshops especially, people would give constant feedback to lose them. I don’t listen well.

When I was in college, I thought I wanted to be an attorney, so I majored in English and Philosophy, except my small, liberal arts, religious college only offered a degree that combined Religion and Philosophy. So in addition to all the philosophers, I had to learn biblical Greek and Hebrew. Hebrew was much more fun than Greek. When I was finishing my dead language work, I had to pick something from the bible to translate. Since I thought I knew the story and since it was only four chapters, I picked Jonah, which turned out to be a nightmare. I struggled so much, not just with the language but with the story. It made no sense. There’s a part with a plant, God says that he can’t kill Nineveh because of many cattle…it was a mess. No wonder we only teach the whale part to kids! That fish part was hard, too, because that whole prayer from inside the fish is in the past tense, if I remember right. It was not a good time. I still read different translations of it to see how the translator fixes the problems. When I was doing my literal translating, I tried writing Jonah in poem form to make it make sense. It ended up being 20 pages. The Hebrew was only four. It wasn’t good.

In grad school, I was writing around all these very personal and painful issues that I never talked to anyone about, and a point came when I knew I had to write about personal things that I didn’t want to share. So I needed another layer between my story and the poems. I needed it not only to make the writing more than someone complaining about his past, but I also needed it because I didn’t want to face what I had to. I never talked about it, and at that point it was ten years after it happened. So I needed the buffer. It allowed me to have enough emotional distance to write what needed to be said without being so close that I had no perspective. So I brought back Jonah.

I’m not really telling Jonah’s story. I’m using him to tell mine, but I need the epigraphs and the context of his to set up mine. I keep enough biblical elements to frame what I need to say, and I use the epigraphs to focus the emotional arc of Jonah. It seemed to match my path. Running from something you know you can’t run from, being forced to confront things, and then being generally pissed off. I understand the emotion of Jonah more than the narrative. So I wrote all the Jonah poems out of order. I wrote more than I have, because most of what I wrote was garbage. One was called “Jonah and the Drive-By Shooting.” You have to get through the crap to find things that work. But I started each Jonah poem with a quote from the text and let that drive the emotion.

The quotes always came first, but I didn’t plan to keep them. I thought I would use them for guidance but edit them out. “My Own Midwife” and “The Listening” were first written in one weekend. I had a Monday deadline for grad school. When those came, with all their anger and terror, I knew I needed the epigraphs because the poems scared me too much. Plus, without the epigraph on “My Own Midwife,” the reader wouldn’t know who the “you” is without the quote.

The only other epigraph is from Ayn Rand. That quote came first and drove the poem. I think the quote is insane, which is what I expect from Ayn Rand and her predilection for shock literature. I still wonder if there is truth in it. Maybe guns and logic are all men use. Maybe everything is an argument or violence. I see it in my personal history and in the world’s history. I want it to be wrong, but I’m not always sure.

EP: What was the first poem you wrote for the collection?

JC: I wrote “Boat to Tarshish” when I was an undergrad and was translating Jonah. I really like it now because it is much different from how I write these days. It’s good to remember that I don’t have much success in my poems when I compress too much. “Resume of the Prophet” also came from that undergrad work and shows my translating problems. The names are nouns. Jonah means dove and his father’s name means truth. I was so confused. I wish I made a distinction there about Jonah’s father and mine. My father is very much alive and is not at all the father from “Self-Portrait,” either.

EP: Did you know from the start that you wanted this to be a collection or did that decision come later?

JC: I knew the Jonah poems would go together. They don’t work as well individually as they do as a whole, which I think is why I’ve had problems publishing each by itself. The rest are taken from my larger manuscript, so I didn’t know they would work for a chapbook, but I think they work well together. The last poem wasn’t included for a long time, but I think it makes a better ending than just the huge emotional drop after “My Own Midwife.” “Gethsemane” softens things, I think, without adding some resolution that doesn’t exist for me and shouldn’t be in the chapbook.

EP: Why did you decide to make Velocity of Slugs the titular poem?

JC: I really like that title. I love the sound and how I don’t think of a bullet as a slug until I read it. I think the idea of tracking how fast a slug moves is funny when talking about the things on your porch that you can kill with salt. The idea is terrifying when it’s about the speed of a bullet. So I like the double meaning of the title, and it works with the central point of the work, which is this story about assault and gun violence. The larger manuscript these all come from is called Jonah Descending, which I think is a fitting title but not as good of a title as Velocity of Slugs.

EP: What was the revision process like for this collection?

JC: I think I’m a better reviser than writer. I can’t look at a poem without wanting to change it. With these poems, the revision has been mainly with order. Everything changes if you move them. So revising has been about moving the poems around, taking poems out, putting them back in, putting others in, and sitting back and seeing if the changes help or hurt. It was hard to revise after a time because I had looked at it so much that I could only see it one way. I had to leave it for about a year to have enough perspective to be objective. That was my biggest hurdle. Once I crossed it, I had no problem shuffling them until I found an order I liked.

I tend to write poems past a stopping point. Sometimes that is helpful, because I may think I’m finished with a poem when there is more to say. Sometimes I need to go back and take off the extra at the end. I now end “The Florist” earlier. Revision can be tricky. Sometimes you pull the wrong line, and the whole thing unravels. But I think you have to ruin something to make it work. You can’t be too precious. Just because you wrote it doesn’t make it good. That’s why I like workshops. I don’t get specific advice that helps a lot of the time, but I see new ways to ruin the poem. Then I can put it back together.

EP: How do you find time to write and to teach?

JC: I write better when I’m too distracted to think. I wrote most of these poems when I worked 8-5 for municipal government, which was the best environment to write. I processed paperwork all day, which didn’t require much mental focus, so lines of poetry would pop in my head when I wasn’t trying. Teaching makes things harder in ways. I have more time to read and focus on writing, and that produces a lot of bad poetry. One of my best friends and I send each other one new poem every Friday, so that keeps me in practice. I have more poems than I realize. Finding the time to write isn’t a problem, but finding ways I can write well can be a problem. I’ve been teaching for five years now, so I found a balance between teaching and writing.I had mentors who all told me they do all their writing in the summer because they find it hard to write and teach. I certainly understand that. Maybe I should follow that advice.

EP: Did you find working at a religious school to be helpful in writing this collection?

JC: I wrote all the religious poems before I started teaching. I’m always afraid that what I write isn’t religious enough and that they will fire me. Luckily that hasn’t happened yet. The school and everyone I work with has always been wonderfully supportive.

EP: What are some authors or poems that you would recommend or are just personal favorites?

JC: I think everyone should read Dean Young and Angie Estes for very different reasons. I love Natasha Trethewey, Kelly Moffett, Marilyn Chin, Adam Day, and so many others. I thought Black Aperture by Matt Rasmussen was incredible. “Hardware Store in a Town Without Men” by Laura Kasischke is always a favorite.

EP: Are you working on anything right now?

JC: I’m still working on publishing my larger manuscript, and I am trying to shape a bunch of loose poems into a chapbook. I’m not far in the process, but when something is new and the possibilities are endless, it’s fun. You get to play more than you will when something starts to take shape. Then it becomes fun in a different, more specific way. 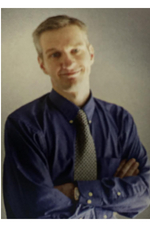 Joey Connelly received his MFA from Ashland University in 2010. He is Assistant Professor of English at Kentucky Wesleyan College, and his work has appeared in Louisville Review, New Plains Review, PANK, Southern Humanities Review, and other publications.